An update on our recent electrical projects

It’s now just over a year since the UK entered its first lockdown and, as electrical contractors based in Leeds but working throughout the UK, we’ve felt the effects of Covid-19 on our day-to-day work.

Particularly at the start of the pandemic, the uncertainty about the future led to the suspension of projects and the deferral of tender returns. However, things began to pick up in June when restrictions relaxed, and it was brilliant to be able to resume work on some of the projects that had been halted earlier in the year. We also began to receive tender enquiries and contracts to start from some of our longstanding clients, as well as from new ones.

There were new challenges, though, as restrictions on travel and the closure of hotels made it more difficult to get team members on site when needed. In addition, we all had to get used to the strict new working procedures and measures to ensure the safety of all our staff and fellow contractors. This included daily Covid testing, which is still in place now.

Nevertheless, we were able to pick up where we had left off with projects and, as the months have passed, we’ve been gradually building up work again. Much of this has been in the retail, hospitality and tourism sectors, all industries which have been massively impacted by Covid-19 but which seem to be laying the foundations for the return of their customers.

As restrictions eased, we returned to works that had been put on hold at the start of the coronavirus crisis. In the first week of June alone, we concluded three contracts and began on two new ones. This included projects for our long-term clients Trailfinders and Travis Perkins. We also continued work at Kenwood House, an English Heritage site at Hampstead Heath. 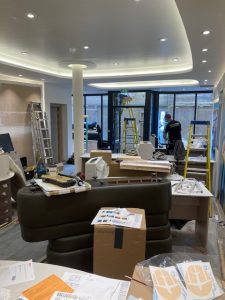 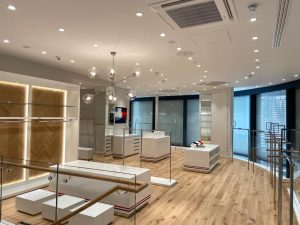 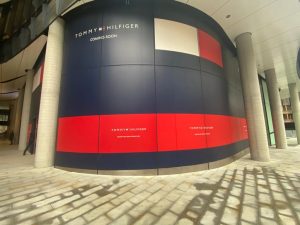 Over the summer, works continued for Trailfinders at various sites. In Solihull, works drew to a close in July thanks to everyone’s efforts to keep it on course and on time despite the disruption caused by Covid restrictions. Meanwhile, in Canterbury, we progressed with a project slightly ahead of programme and handed it over in early August.

Survey works also took place throughout August on a potential site in Scotland due to start in 2021.

In September and October, despite the ongoing uncertainty, we attended pre-start meetings for more upcoming projects. We also continued with surveys on sites in anticipation of starting works over the following months, including in London and Birmingham.

As we approached the end of 2020, we were still busy. In November we handed over a new store at Liverpool Street in London– a great achievement for all those involved with the project as the climate became once again more challenging with the introduction of tier restrictions.

During December we were back on projects for Trailfinders, handing over their Birmingham site. We also concluded a fast track five-week programme in Newark for another longstanding client, Specsavers, as well as drawing works to a close at Cabot’s Circus in Canary Wharf, London. 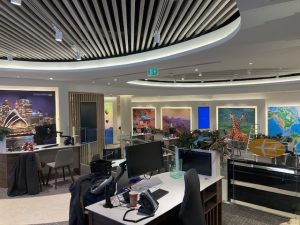 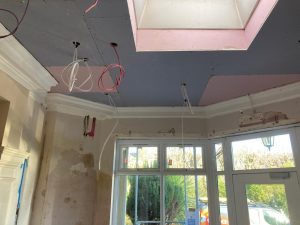 The new year saw us start work in earnest on a fast track programme over two floors. This was at a new retail site in Bolton for shopfitters Mentha and Halsall.

In February we prepared a potential new site in York, and the project in Bolton that began in January also progressed at pace. Meanwhile, in Leeds, works were coming together for Northern Medical in Pudsey. We also began works on a 16-week programme for a new client at a new build site in Wales.

This month, we continue to be busy, tendering for clients including Travis Perkins, BMX, Snow and Rock and Vibe Juice, while carrying out works for clients such as O2 and the owner of a luxury house in Goring on Thames. 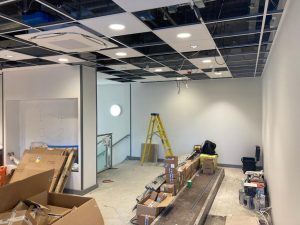 There is no doubt the current uncertainty will continue for a while yet, but with the vaccine rollout and the Government’s roadmap, there does seem to be light at the end of the tunnel. For us, issues with the supply chain are improving and projects are slowly getting back on track, all of which gives some cause for cautious optimism. Having said that, however, we have noticed a slowing down of enquiries, especially over the last six weeks.

While we count ourselves fortunate to have been able to continue our work to some extent during the coronavirus crisis, we are still waiting to see what the long-term effects will be.

Our specialist team of electrical contractors are highly experienced in delivering all elements of a project, including electrical wiring, data cabling, internal and external lighting, fire and life systems.